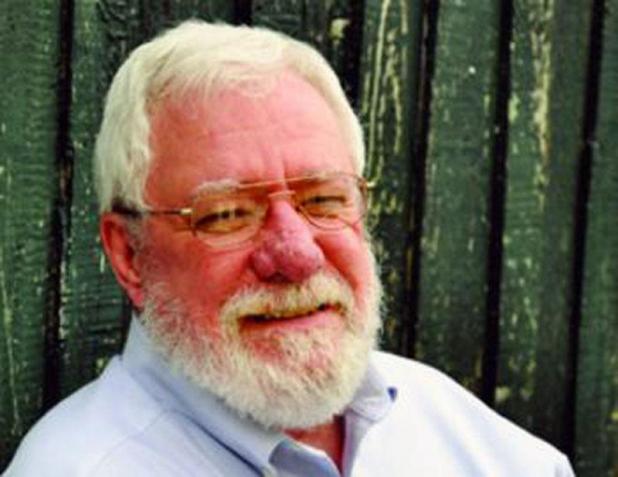 Saloom an icon, and much more

Judge Kaliste Saloom Jr., who died Dec. 2 after a long and fruitful life, was elected and re-elected to the Lafayette city court for 40 years, even though friends said his first election would be his last because he refused to “fix” traffic tickets.
That didn’t bother him, he told me in a long interview in 2006, because he’d been reluctant to run in the first place.He was already deeply involved in community affairs, was building a successful law practice, and was a part of the generation who went off to fight World War II and who believed it was their duty to contribute to the life of the community when they came home.
“We came back and saw that Lafayette had nothing done in … six or seven years,” he said. “The war had blocked all development.”
As it turned out, his election to the bench did nothing to inhibit his public contributions. It would be difficult, maybe impossible, to name a major project or worthy cause in Lafayette that did not benefit from his work and wise counsel.
He was born on May 15, 1918, so was only a half-year from his 100th birthday, but doctors present at the beginning gave him little chance for such a long life.
His premature birth “was an emergency deal,” the judge told me. “The doctors said, ‘We don’t think the baby can make it.’” But a neighbor, Ida Naomi (mother of the late jeweler Paul Naomi) thought differently. According to the judge’s account, “She said, ‘No, the baby is fine. Get me a shoebox, Get me a blanket. Heat some bricks in the wood stove.’ They did, and she made an incubator for me and I survived.”
He was the fifth child of Kaliste Saloom Sr. (for whom the Lafayette road is named) and Asma Boustany Saloom, Lebanese emigres who came to Louisiana about 1890. He attended Mount Carmel grammar school, was valedictorian of the Cathedral High class of 1935 and quarterback of its regional champion football team (“I was small, but I was fast”), was sports editor of the newspaper at SLI (UL today), and won a scholarship to the Tulane law school.
He got his law degree in 1942, just after the United States was pulled into World War II, and immediately signed up, although he technically could have been deferred. (“You had to be 5-foot-7 and weigh 130 pounds. I was 5-feet-6 and weighed only 120.”)
He said he didn’t know what it meant when he was assigned to counterintelligence work. He thought he was going to be a spy, but was told, “No, you’re going to do the opposite. You’re going to catch spies.” He was first sent to North Africa, “to watch the Nazi … sympathizers infiltrating from Spanish Morocco and Tangiers.”
As a French-speaker, he became particularly valuable after the Allied invasion of France. He was sent first to Marseilles, “where I ran across Cajun troops from Lafayette . . . and ate my first gumbo in almost two years.” He served under Gen. George Patton in Europe and at the end of the war helped capture a notorious German general.
He returned to Lafayette and opened a law firm at the end of the war, involved himself in community life, and was elected city judge in 1953. “I didn’t want to run for judge,” he said. A good friend was also considering the race. But the friend decided not to run and talked Saloom into seeking the judgeship he held until August 1993.
His life and commitments broadened even more after he married Yvonne Adelle Nassar in 1958 and they began rearing a family that eventually included four children: Kaliste Joseph III, Douglas, Leanne Isabelle, and Gregory, all of whom followed his footsteps and earned law degrees.
When his death became known and people who knew him began to reflect on Judge Saloom’s life, certain words kept coming to the fore: “Stern but compassionate,” “kind and genuine,” “brilliant,” “willing to share,” “icon.” The two that came first to me were “visionary” and “gracious.”
Even as a young man, he was able to look beyond the immediate, apparent effects of a plan or project or public work, understand its history, and see its wider implications. That’s why his counsel was so valuable. And despite a list of accomplishments and honors that might have turned another man’s head, he was one of the most gentlemanly and gracious men I’ve known. That’s why he was so widely admired and loved.
A collection of Jim Bradshaw’s columns, Cajuns and Other Characters, is now available from Pelican Publishing. You can contact him at jimbradshaw4321@gmail.com or P.O. Box 1121, Washington LA 70589.