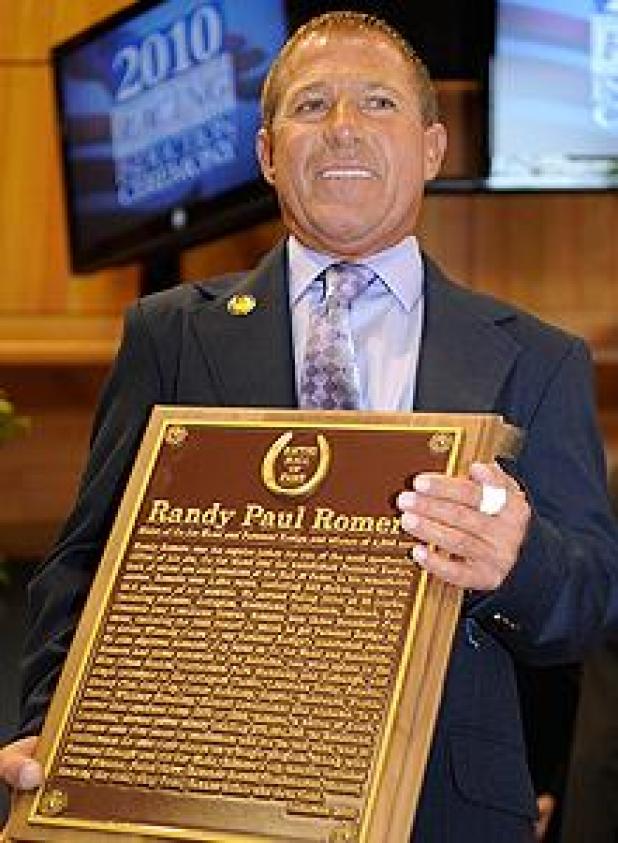 Randy Romero was inducted into the Hall of Fame after 4,294 victories. 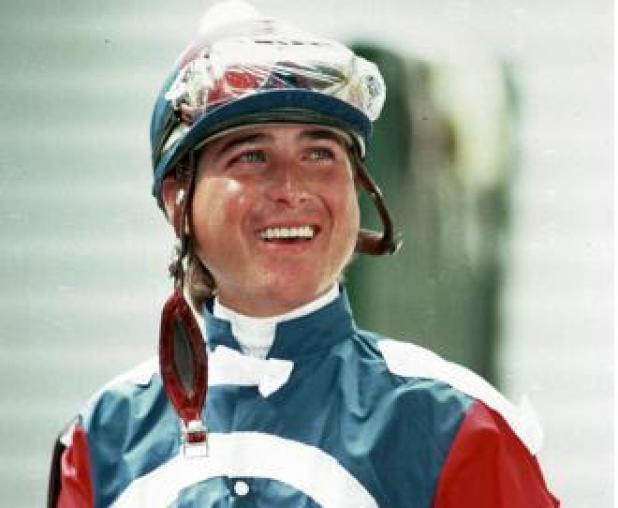 Hall of Fame jockey and Erath native Randy Romero’s decades-long battle with severe health issues ended around midnight Aug. 28 when the Louisiana native died, according to his brother Gerald Romero. He was 61.

Romero bravely tackled a series of health issues going back to 1983, when a near-fatal sauna explosion at Oaklawn Park burned 60% of his body. While receiving blood transfusions during skin graph operations, he received blood tainted with hepatitis C. The blood transfusions saved his life, Romero said in an interview, but the hepatitis severely damaged his liver.
He continued to face a barrage of other illnesses, including a stomach tumor discovered in 2015 while he was being screened as a candidate for a liver and/or kidney transplant. More stomach cancer was found last year, according to Gerald Romero.
“He is the toughest man I’ve ever seen in my life,” Gerald Romero said. “Believe me, for all he’s been through, he’s in a better place.”
Romero was the leading rider at 10 tracks on 21 separate occasions. From 1985-89 alone, his mounts earned more than $35 million. For those five years, he ranked among the top 14 money-winning jockeys. In two of those years, he ranked eighth, and he was sixth in another. He retired with 4,294 victories and earnings of over $75 million. He was inducted to the National Museum of Racing and Hall of Fame in 2010.
Romero began riding in 1973, and was soon nicknamed the “Ragin’ Cajun.” Fellow Hall of Fame rider Eddie Delahoussaye, who grew up in New Iberia, La., about a 10-minute drive from Erath, remembered Romero’s extraordinary zeal to win races.
“When he was younger, he got himself in a lot of trouble. He wanted to win so badly, he would try to thread the needle and sometimes it didn’t work,” Delahoussaye recalled. “As he got older, he realized it wasn’t working, but he was as courageous a rider as I have ever seen. Nothing stopped him. A lot of jockeys go through that, but Randy was exceptional. He was gamer than most.”
A big turning point in Romero’s career came in the mid-1980s when he decided to move his tack from the Southeast and Midwest circuits to New York. While riding at Churchill Downs and Keeneland, he rode a few races for then-up-and-coming trainer Shug McGaughey. The trainer was heading to New York in 1985 to start training full time for Ogden Phipps, and Romero asked McGaughey if he would help him out if he also made the move. McGaughey agreed.
“He went to Florida with us that winter, and we did really well down there. It all grew from there,” McGaughey said.
In 1986, Romero became the regular rider for a Private Account filly named Personal Ensign. Together they won 10 graded stakes (eight of them grade 1) and produced one of the most memorable Breeders’ Cup World Championship performances in the 1988 Distaff (G1), where Personal Ensign ran down Winning Colors with a heart-pounding stretch drive to win by an impossible nose and preserve her undefeated record.
“He was a great rider. An unusual style, but horses really ran for him,” McGaughey said. “He could ride anything—a sprinter, long on the dirt, long in the grass—it didn’t matter. He had been riding since he was kid, and he knew how to get them to run.”

For all of Romero’s success, the physical price he paid was exorbitant.
He returned to racing 14 months after he was severely burned at Oaklawn. As he was restarting his career, he rode in a Quarter Horse trial at Delta Downs and broke his femur when he had to jump off a mount heading for the outside fence. Then in the spill with Go For Wand, he broke eight ribs and fractured a bone in his shoulder.
In 1991, a collision during a turf race at Gulfstream Park put him on the ground with such force he broke his jaw and an elbow. Doctors put screws in his elbow to speed the healing, and Romero went back to riding, using medication and dimethyl sulfoxide every day to manage the pain. Later, Romero said the heavy use of DMSO damaged his kidneys.
By 1999, Romero had to give up riding because the pain from his elbow had become worse than what he suffered from his burns, Romero told writer and former jockey Eddie Donnally in 2016. He was diagnosed with hepatitis C in 1993 and by 2007 had developed renal disease that cost him one of his kidneys. Romero underwent regular dialysis for almost 18 years, according to his brother. The jockey hoped to receive either a liver and/or kidney transplant, but time and failing health kept stealing his opportunities.
Through the years of pain, the waiting, and frequent frustration, Romero never lost his faith or his positive attitude, said Delahoussaye, who stayed in contact with Romero to the end.
“He loved life, and he didn’t give up,” Delahoussaye said. “He is the toughest human being I’ve ever met, and the nicest. For what he was going through, you would have never known it if you first met him. He never complained and was always positive.”

In an article for BloodHorse following his Hall of Fame induction, Romero wrote that he felt truly blessed despite his hardships.

“Opportunities came my way, and I didn’t ever take them for granted. I was really very blessed, and I was very much aware of that throughout my career,” Romero wrote. “Even though my career had ups and downs and starts and stops, it was all worth it. There were times when I was so hurt that I didn’t want to get up in the morning; I didn’t want to go to therapy; I didn’t want to go on. It was hard. But I made myself do it because I had this need to get back in the competition and because I had to get back around the horses. What was it that got me through the hard times? The help of the good people around me, determination, and a love for the game.”