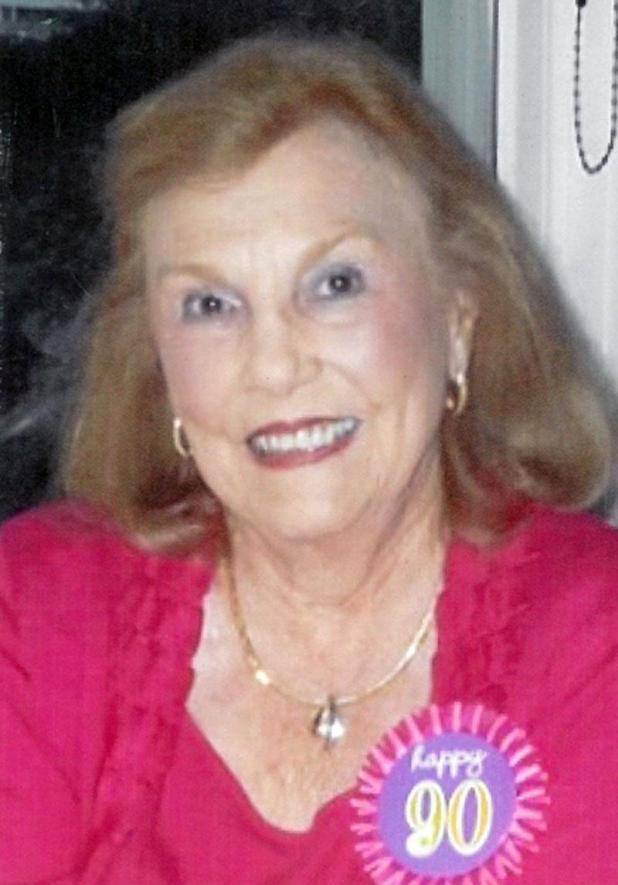 GUEYDAN — A Graveside Service will be held on Tuesday, February 23, 2021, at 1:00 PM at the Gueydan Cemetery honoring the life of Billie Sue Lewis Hardee, 99.
She was born on August 22, 1921, and passed away peacefully on February 20, 2021. A celebration of her life will be held at a later date.
Survivors include her four daughters, Susan Horton (Alden), Dianne Hruska Suggs (Jeff), Gay Hardee, and Nan Baker (Fletcher); her seven grandchildren, Brian Horton (Heather), Stuart Horton (Aimee), Jerod Hruska, Zack Hruska (Sommer), Jonathan Suggs (Tiffany), Kay Baker (Matt), and John Baker (Allison); her great grandchildren, Grace, Sam, Kate, Jacob, and Natalie Horton, Cecilia and Hannalea Hruska, and J.J. Suggs.
Sue was preceded in death by her parents, William S. Lewis, and Gertie Hicks Lewis; her husband, H.G. Hardee, Jr.; her brother, Robert K. Lewis; and her friend Harry “Junior” McDaniel.
Sue graduated from Deridder High School, and then attended LSU where she received her BS in Home Economics. She met H.G. at LSU and they were married in 1942. After the war, she moved to Gueydan where she continued to live until she moved to The Blake Assisted Living in Lafayette until the time of her death. During her early years in Gueydan, she was a substitute teacher and coached the girls’ basketball team. She was a member of the First United Methodist Church and U.M.W. where she originated the Bereavement Meal Program and chaired and served on many committees. She was a charter member of Les Dames de Gueydan, a charter member of GALA, and member of the Museum Society. She was very active in her children’s activities. She was a member of the P.T.A. and Band Parent’s Committee. She continued to be active in her later years leading water aerobics, dancing, traveling, and spending time with friends and family.
In lieu of flowers Memorial contributions can be made in her name to your favorite charity.
To extend online condolences, please visit our website at www.matthewsandsonfuneralhome.net
Arrangements have been entrusted to Matthews & Son Funeral Home.