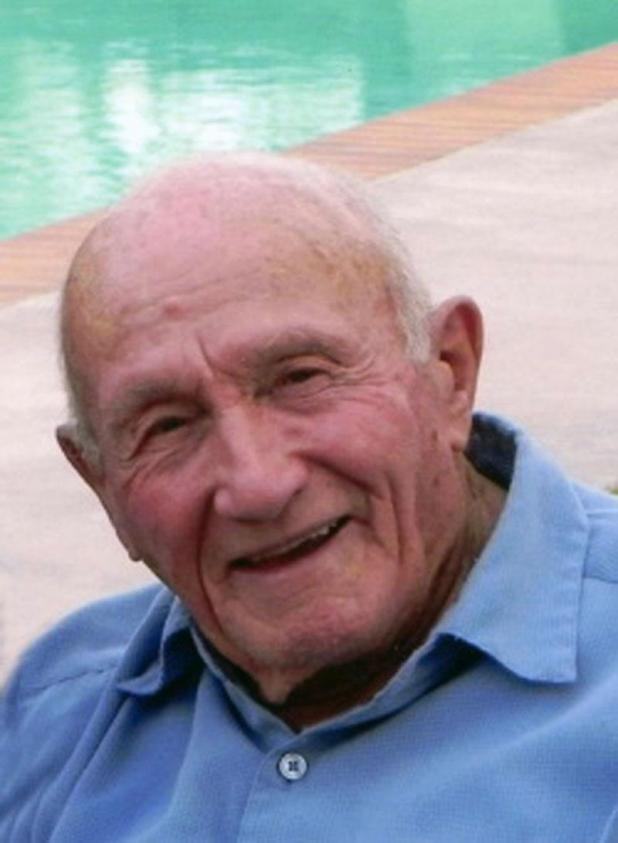 ABBEVILLE — A Mass of Christian Burial will be held on Saturday, January 16th at 1pm at Our Lady of Lourdes Catholic Church in Erath with Father Bill Melancon officiating.  Mr. Landry’s grandson, Drew Hoffpauir will be the vocalist for the mass.  Interment will follow at Our Lady of Lourdes Cemetery.
Calvin Louis Landry, known to those closest to him as “Gavan” and born a twin, in August of 1931.  He was a lifetime resident of Erath and passed away at his residence on Friday evening, January 8th, surrounded by his six children.  His wife of 67 years, his 14 grandchildren, and 3 great-grandchildren were most important to him.
Calvin was a well known Master Carpenter by trade and retired from Vermilion Parish School board as head carpenter of the maintenance department in 1988. A man who inhabited a strong work ethic, was incredibly talented in his skilled hands, with a specialty in detail and cabinetry, he built and remodeled many homes and schools in the Vermilion Parish area and beyond. He took much pride in his work.
Calvin was a graduate of the EHS Class of 1951 with awards noting him as one of the best athletes at Erath High School. He also had a love of the great Marty Robbins & his favorite was “My Woman, My Woman, My Wife”, horses, tractors, trawling, raising farm animals, yard work, reading, all sports especially boxing, woodworking, and gardening, but none of it compared to his love for his family and close friends.
He is survived by his son, Brandon Louis Landry and companion Demi of Erath; daughters, Vanessa Granger and husband Patrick of Abbeville, Lorraine Broussard and husband Joe of Abbeville, Robin Foreman of Erath, Rachel Hoffpauir of Erath, and Allison Migues and husband Shane of Erath; a brother Clay Landry and wife Belle of Erath, sister Sue Landry Touchet and husband Gerald of Erath, his 14 grandchildren and 3 great grandchildren.
He is preceded in death by his wife Elita Ruth Mergist Landry, his son in law Joel Hoffpauir, a grandson Jeremy Granger,  his parents Cleo Landry, Sr. and Elise Schexnaider Landry; brothers Carol Landry (twin), Stanley Landry, Russel Landry, Roland Landry; sisters Wanda Norris, Helen Richard, and Joycelyn Landry.
The children would like to extend special thanks to their caregiver Gayle Montet and Hospice of Acadiana’s staff, especially Laura Thibodeaux and Sheena Domingue for the great care given to both Calvin and Ruth in their time of need. In lieu of flowers please make a donation to the American Heart Association or your favorite charity.
You may sign the guest register book and express condolences online at www.davidfuneralhome.org.
In order to help keep the community safe we will honor the July 13, 2020 Louisiana Mandates. All families and their guests are required to wear a face covering while at the funeral home. Thank you for your understanding during this unprecedented time.
David Funeral Home of Abbeville 2600 Charity St. (337)893-3777 will be handling the arrangements.