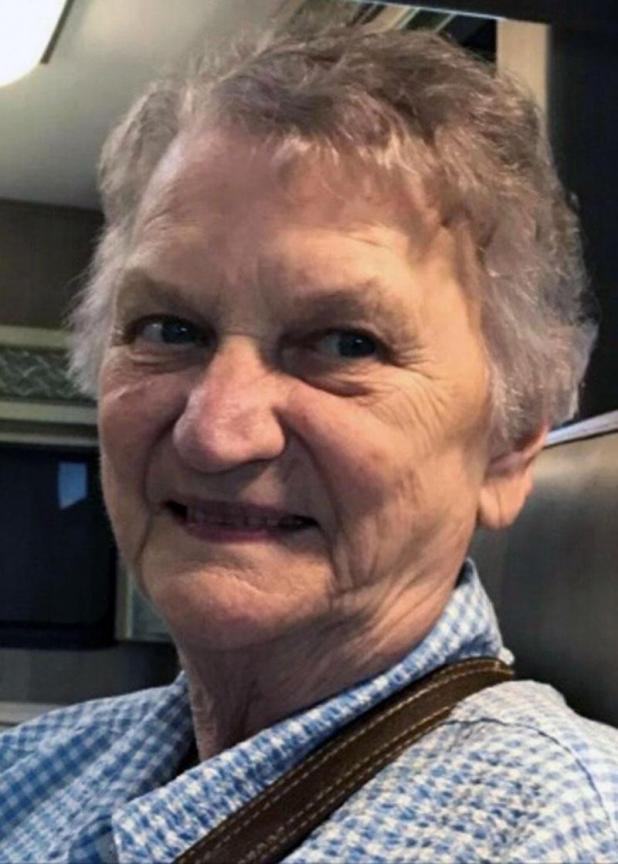 GUEYDAN — The family and friends of Evelyn Romero are mourning the loss of their loved one who was called from this life on December 1, 2019, at the age of 79.
Evelyn was born in Kaplan, LA to Minos Dubois and Marie Lillian Matthews Dubois on March 15, 1940. Evelyn attended Kaplan High School and graduated on May 28, 1958, fourth in her class. Evelyn held several jobs throughout her career, from 1954-1958 she worked at the Kaplan Library, the Joy Theater as an usher, as well as picking up tickets, selling popcorn, candy & selling tickets which were only 9 cents at the time. In February of 1958, she became employed with the Kaplan State Bank, where she held many position and worked herself up the ladder of success to become Assistant Vice President until her retirement in 2002. Evelyn was also a member of the Catholic Daughters throughout her adult life, in which she held many post and received many honors. Her greatest joys came from the time she was able to spend with her family and the memories they made. Evelyn was a kind and loving woman who will be greatly missed by all who knew and loved her.
Evelyn leaves behind to cherish those memories, her two sons, Farrel James Henry of Abbeville, LA, Lee Jessie Henry (Karla) of Abbeville, LA; her daughter, Donna H. Gary (Russell) of Lafayette, LA; her two brothers, Dion Joseph Dubois of Maurice, LA, Gerard Jude Dubois (Cheryl) of Lafayette, LA; her sister, Geralyn Abshire (Jamie) of Maurice, LA; her three grandchildren, Kelby Henry, Erin Sarver (Matt), Shelly Henry and one great grandchild, Fallyn.
Evelyn is now rejoicing in heaven with the family that preceded in death, her parents, Minos and Marie Dubois; her two husbands, Shelby Henry & Francis Romero; her brother, Farrel Dubois.
A Mass of Christian Burial will be held at Holy Rosary Catholic Church in Kaplan, LA on Monday, December 9, 2019 at 2:00 PM with Father Mark Miley officiating. Burial will follow in the Kaplan Cemetery. Carrying Evelyn to her final resting place will be Dion Dubois, Jude Dubois, Farrel Henry, Lee Henry, Matt Sarver, and Kelby Henry. Honorary pallbearers will be Russell Gary, Lenis Hebert, and Leewood Broussard. A gathering of family and friends will be held at Matthews & Son Funeral Home in Gueydan beginning on Sunday, December 8th from 2:00 PM until 8:00 PM with a rosary recited 4:00 PM Sunday afternoon by the Catholic Daughters. Visitation will resume on Monday at 8:00 AM until the time of her Funeral Mass.
To extend online condolences, please visit our website at www.matthewsandsonfuneralhome.net
Arrangements have been entrusted to Matthews & Son Funeral Home.