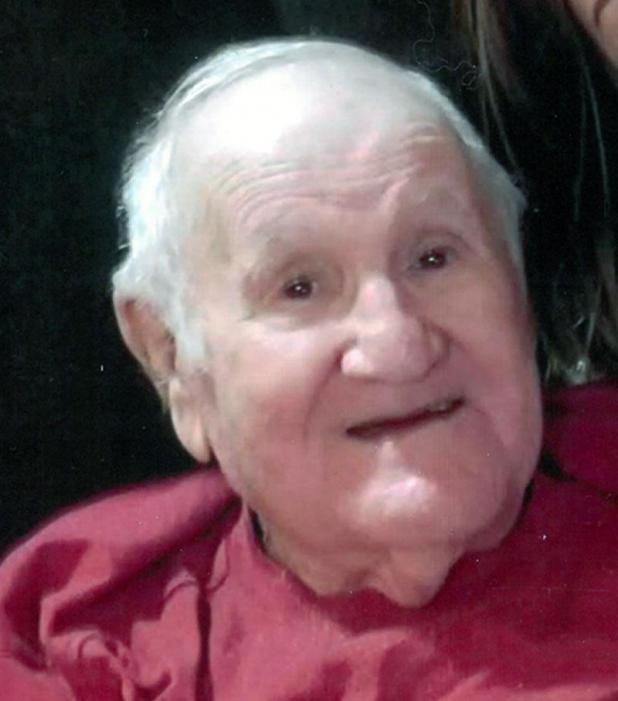 Funeral Services will be held at 2:00 pm on Wednesday, January 15, 2020 in Delhomme Funeral Home of Maurice for Joseph Dua Broussard, Sr., 90, who passed away on January 13, 2020 at Eastridge Nursing & Rehabilitation in Abbeville.
Reverend Paul Bienvenu, Pastor of St. Alphonsus Catholic Church, will conduct the funeral services.
Burial will take place in St. Alphonsus Catholic Cemetery in Maurice.
Mr. Broussard was a native and lifelong resident of Maurice. He graduated from Maurice High School as a basketball star. Following his graduation, Mr. Broussard served his country during the Korean War, rebuilding their country. After Joe’s years in the service, he farmed rice and raised cattle. He also had several other jobs working as a tug boat captain, he worked for U.L. Laundry, and worked as a butcher at The Canning Center at Maurice High School. He also worked for Riviana Rice Mill for many years, until he went to work for Vermilion Parish as a backhoe operator, where he retired. Joe was known to have the best garden around, giving the fruits and vegetables he produced to his family and friends.
Survivors include one son, Joseph Dua Broussard, Jr.; one daughter, Cheryl B. Granger and her husband, Albert, Sr; two step-daughters, Betty G. Guidry and Susan R. Boyle and her husband, Ricky; ten grandchildren, Parrish A. & Baillie M. Broussard, Albert “T-Al” Granger, Jr. and his wife, Amber, Brittany L. Granger, Brian K. Guidry, Scott R. Guidry and his wife, Casey, Guinn G. Lancon, Stacy L. Landry, William J. Lagneaux, Jr. and his companion , Jessica, and Jennifer S. Lagneaux; nine great-grandchildren, Bryce Granger, Lexi Guidry, Gavin, Landon and Owen Lancon, Brooke and Brock Landry, Lydia Sloane and Addison Lagneaux.
He was preceded in death by his wife, Philomene Bower Broussard, one grandson, Joseph Lagneaux; his parents, Marc Broussard and the former Marie Baudoin; and two sons-in-law, William J. Lagneaux, Sr. and Robert J. Guidry.
The family requests that visiting hours be observed at Delhomme Funeral Home of Maurice on Wednesday from 9:00 am until time of service. A Rosary will be recited on Wednesday prior to the funeral.
Pallbearers will be Albert Granger, Jr., William J. Lagneaux, Jr., Brian K. Guidry, Scott R. Guidry, George Comeaux, Jr., and Ricky Boyle.
Honorary Pallbearers will be Gerald Roy and Robert Romero.
The family would like to extend a heartfelt thank you to the staff at Eastridge Senior Living in Abbeville for fulfilling his last few years with compassion and love from their amazing staff. The family would like to thank Hospice of Acadiana for all that they’ve done during Joe’s time of need, especially his nurse, Whitney. Last but not least, the family would like to thank the Acadiana Veteran’s Honor Guard for their continued service to our veterans.
Personal condolences may be sent to the Broussard family at www.delhommefuneralhome.com.
Delhomme Funeral Home, 200 Chief H. Fred Road, Maurice, LA is in charge of funeral arrangements.