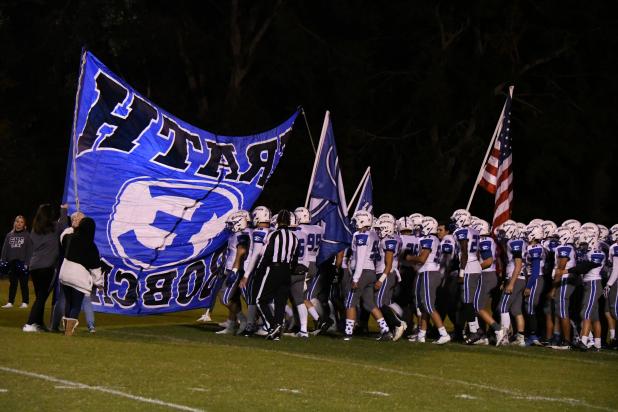 Erath has 80 players on its team. If the school gives two game tickets per player, that is 160 tickets.

Only 25% will be allowed into high school football games

Today, LSU is not the only stadium that will be allowed only 25 percent seating capacity in its football stadium. That rule also also applies for high school stadiums in Louisiana.
Gov. John Bel Edwards last week said that football stadiums, high school and college, will only be able to operate at 25 percent capacity when the regular season begins in October.
With the season less than 20 days away, coaches, principals and athletic directors are scrambling to figure out what to do and how to make it work.
The LHSAA is expected to come out with guidelines for high schools regarding the 25 percent rule. There is also a chance the governor could raise the percentage to 50 percent by Oct. 1
In the meantime, parish administrators in the central office have been meeting and talking to coaches and principals on the best way to handle the 25 percent capacity rule.
Assistant Superintendent Paul Hebert, who is the parish athletic director, said as of today, each school will have to sell advance tickets before the game. Once those tickets are soldout, no one will be allowed to walk up to the game and buy a ticket.
Some schools are looking at shrinking their band or football team to allow more tickets to be sold.

What to expect as of now

Abbeville High has a seating capacity of around 4,000. If only 25 percent is allowed inside the stadium, that is 1,000 people.
Here is where the problem lies
The band has to be included in that 25 percent. So, if Abbeville has 100 band members, that leaves 900 fans for tickets.
In the season opener, Abbeville entertains VC. Abbeville head football coach Roderick Moy was hoping to have at least 2,000 fans pack Wildcat Stadium. He is now looking at 900 fans (minus 100 for band), which is a loss of $8,000.
“That is a lot of tickets we will not be able to sell,” said Moy. “I was counting on having a great gate. The football program is in debt, and we need all of the funds we can make.”
Down the road in Erath, the coaching staff and principal are trying to find a solution.
EHS’s stadium sits just under 1,900 fans. At 25 percent, only 345 could sit on the home side and 116 on the visitor’s side.
There are 80 football players on the EHS team. If each player gets two tickets for their parents, that is 160 gone. Then there is the EHS band, and cheerleaders, which are another 150 students. If each student is allowed two tickets, that is another 300 gone. Between the football players, band members and cheerleaders, that is 450 tickets. At 25 percent, EHS stadium only sits 345 people on the home side and 116 on the visitor’s side. That means there are not enough tickets to give to parents of students attending the game.
“We are going to have to make some tough decisions on who gets tickets,” said EHS Principal Marc Turner.
Hebert said each school would decide on who gets tickets.
The players’ box on the sidelines will also expand to each 10-yard line, allowing players to keep a certain distance.
Fans must wear face coverings and sit in marked seats that allow for social distancing.
Another idea thrown around was moving a home game to a larger stadium in the parish. When Erath and North Vermilion meet, the game could be moved to Wildcat Stadium if the Wildcats are on the road.