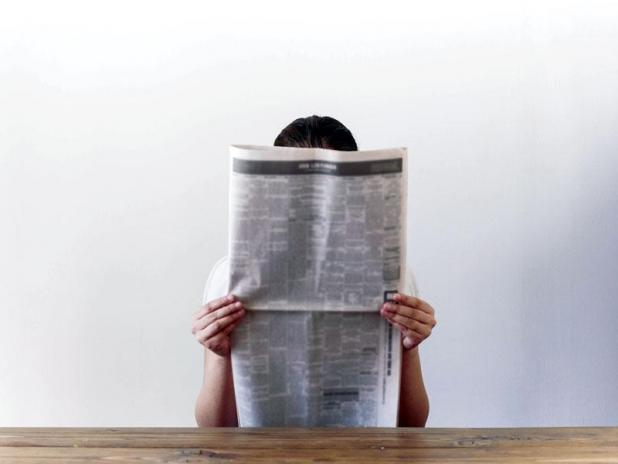 Guest Editorial: The negative effects of tariffs on newspapers

from the Decatur (Ala) Daily

Frederic Bastiat (1801-1850), a French economist and member of France’s National Assembly, wrote prolifically about how most people see only the positive effects of a policy, while the negative effects, even if greater, are not as evident to the casual observer.
For Bastiat, it was a conflict between “that which is seen and that which is not seen.” He was a champion of free trade during a period when France practiced economic protectionism, in contrast to its historic rival, Great Britain, which had the world’s most open economy at the time and, not coincidentally, grew into the first empire on which the sun never set.
Those who benefit from tariffs and other trade restrictions are typically concentrated and obvious. Those hurt by tariffs, while far more numerous, are dispersed and largely anonymous. That is why we have repeatedly made their case in this space — to bring them out of anonymity.
Everyone can point to a factory saved by a protective tariff. It’s harder to pinpoint all of the other firms and consumers paying the price.
Last week, two Alabama lawmakers took the case of the unseen workers and consumers harmed by tariffs to the U.S. International Trade Commission, and the particular tariff in question directly affects this newspaper and others like it throughout the U.S.
“The sources for domestically produced newsprint are quite scarce, requiring newspapers around the country to purchase their newsprint from Canadian suppliers,” Sen. Doug Jones, D-Birmingham, told the commission. “In other words, the domestic jobs that would be protected by these tariffs is relatively minuscule compared to the number of jobs in the United States that these tariffs threaten.”
The tariffs were in response to one complaint alleging unfair trade practices, filed by one domestic newsprint producer owned by a New York hedge fund. The rest of the domestic newsprint industry and newsprint consumers oppose the tariff.
Republican Rep. Robert Aderholt of Haleyville, testified about what it all means.
“Although the tariffs are intended to support the U.S. newsprint paper industry, they could end up doing the exact opposite by forcing their customers in the newspaper industry out of business,” he said. “Increased production costs leave many papers with little choice but to use less newsprint, either by reducing days of distribution or shutting down print entirely. This negatively impacts coverage of local governments, high school sports, community news, and local events despite strong demand for printed newspapers from our nation’s seniors, as well as small towns and rural areas across the country.”
The Decatur Daily is one newspaper that has felt the squeeze, but hardly the only one. Aside from payroll, newsprint is The Daily’s largest expense.
“It seems to me that the only thing being protected by this tariff is a small portion of a Wall Street hedge fund’s portfolio. It certainly isn’t protecting the 600,000 printing and publishing jobs across the country, including jobs at every newspaper in the state of Alabama,” Jones testified.
As for what is at stake, we can hardly improve on Rep. Aderholt’s remarks:
“The local newspaper has long been a central part of family life in rural communities, providing a helpful resource for keeping up with current events and the activities and challenges faced by our friends and neighbors. I have found that is particularly true for seniors. Many remember reading the Sunday paper with our families after church, and the important connection this resource provided our families with those around us.”